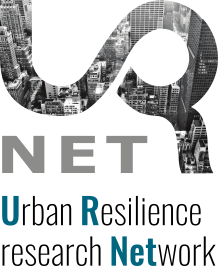 Resilience has proven to be a popular yet vexatious concept of late in urban studies and urban geography. Criticisms are many – that it props up the status quo, in this case an inequitable neoliberal order; that it casts off needy people and places by deeming them ostensibly ‘resilient’; and that is has no vocabulary of resistance and transformation. In my own research and thoughts on resilience, cities and societies, I have developed the following key insights:

– Resilience requires a threat, usually external. This makes it different from vulnerability and sustainability – resilience is more about anticipating, living and dealing with threats as diverse as climate change to neoliberalism, rather than suffering from them or avoiding them altogether.

– Resillience can be adaptive, and it more than just ‘bouncing back’ to the same position as before the threat – this is the essence of engineering resilience, but this translates poorly to cities and social orders whereby the original position is marked by vulnerability. Indeed, there is no point in bouncing back to the original position that made the phenomenon in question vulnerable in the first place.

– Resilience is a continuous process, not an endpoint. It is a dynamic property rather than a fixed one, and can be produced by a variety of agents from states to individuals.

– Resilience can be critical, but perhaps not transformative, in that it acts as a stopgap to confront and sometimes outlast negative change but does not necessarily lead to the upturning of inequitable structures that create such change – this is more the domain of resistance.

– Resilience is neither inherently negative nor inherently positive; it depends on the context and to what political aims it is being used for, which means that despite the present meshing of resilience and neoliberalism, the two are not necessarily co-dependent.

My empirical focus has been on the resilience of service hubs (conspicuous clusters of voluntary sector organizations serving vulnerable populations such as the homeless) faced with the displacing tendencies of gentrification across the inner cities of London, Los Angeles and Sydney, and which forms the basis for the 2015 book Resilience in the Post-Welfare Inner City: Voluntary Sector Geographies in London, Los Angeles and Sydney. In a follow-up article in City with Oleg Golubchikov (Open Access) on the uses and misuses of resilience, I have attempted to construct an argument that, while being critical of the shortcomings of the concept, emphasize its long-term usefulness for a more critical urban geography and urban studies, as well as more generally to understand cities in the 21st century. Essentially, I advance a ‘critical resilience of the residuals’, that is how resilience can be deployed to defend previous gains, rather than being used to prop up the current neoliberal order. In the context of the book, ‘previous gains’ are taken to be the residuals of a more redistributive era (the Keynesian era in particular) when the state was more interested in reducing inequalities through welfare and social services for the most vulnerable populations, what Michael Dear deemed the ‘public city’. Resilience acts as a bulwark against the encroachment of new, increasingly polarizing and unequal forces working on city space, including gentrification. Case studies in places like Hollywood, Skid Row, Westminster, Southwark and Surry Hills demonstrated a variety of resilience strategies were used to ensure that service hubs did not fall prey to the displacing logics of an increasingly post-welfare city – receiving direct and indirect support from the local state; buying property or having a supportive landlord, such as a church; and using the spatial clustering of voluntary sector organizations in service hubs itself in order to ward off incursions through sheer density and solidarity.

Resilience remains a remarkably open field of inquiry. One area of future research in particular is linked to the limits of resilience in terms of transformation – seeing how these (resilient) service hubs may be recast as ‘commons’, that is the promise and practice of life beyond marketization, privatization and commercialization, non-capitalist rather than ostensibly anti-capitalist. Given that service hubs are non-commodified spaces of help for populations who usually cannot pay for services, it is imperative to better understand how they work on the ground, for both service providers but also the vulnerable clientele whose ability to hold on to gentrifying inner-city space is increasingly precarious. Other areas of future research may include:

Should local governments buttress the resilience of other ‘residuals’ of more equitable times, such as social housing built in the 1960s and 1970s, and if so, how?

How can resilience become a ‘verb’ like resist and rework?